Your browser currently is not set to accept Cookies. Please turn it on or check if you have another program set to block cookies.

Services will be availablefrom Monday to Friday10am - 6pm (GMT+1) 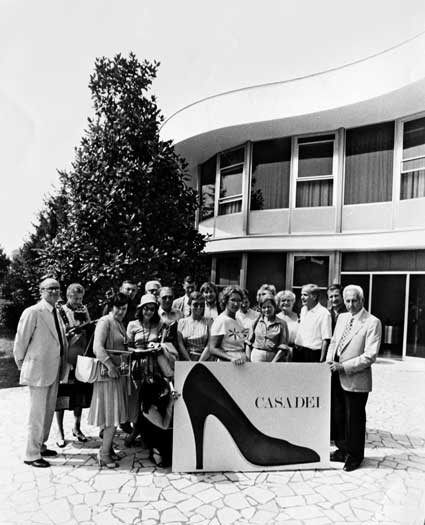 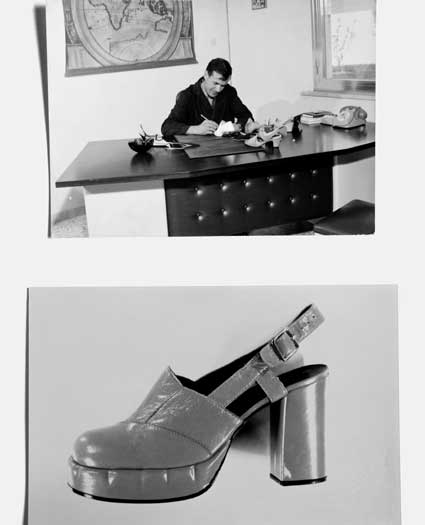 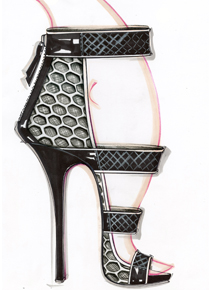 Casadei History from 1958 to today

Anticipating fashion. Inspiring it with the sketch of an upper, the shape of a toecap or a platform, the line and the proportions of a heel. Interpreting it in those few elements that define and distinguish the uniqueness of a shoe and skilfully creating models that are always special is no small thing. Even more so if, like Casadei, you’ve continued to do so with infinite passion for fifty years. Half a century in which one of the world’s best-known and best-loved footwear companies has produced a remarkable number and variety of striking ideas from its base of operations in San Mauro Pascoli. Creations that remain timeless, that continue to spark enthusiasm and which, given their dates, appear even more original, bold and directional. The milestones of an entrepreneurial venture that exemplifies the marrying of tradition, research, sophisticated craftsmanship and flair for innovation.

In addition to forging the history and the fortune of the Italian shoe, helping to make it an excellent ambassador of fashion, Casadei footwear tells the story and maps the success of the brand. It tells of a design and creative focus that has shaped and highlighted the all-round quality of the product and enabled the company to consolidate its global image and market reach over the span of five decades. It tells of the transformation of a family run company - born and raised in the heartlands of the Romagna Riviera - into a sign of Made in Italy excellence exported the world over. Casadei shoes are designed as must-have objects of desire, never as solely designer label accessories, but as true masterpieces of design.
Beautiful creations to wear, yet also exciting to look at and touch, with their own carefully moulded personality and superb finishings and details. Thought out to be crafted in recherché, exclusive and ground-breaking materials, often blending the natural feel and fineness of leather or suede, crocodile or python with the technological sheen and playful shimmer of rubber or plastic, plexiglas or nylon. Objects that catch the eye immediately thanks to their highly original colours, patterns, textures and the freshness of their chromatic liaisons. Hallmarked by the added value of the artisan quality of the appliqués or the all-over or placed embroideries, by unusual alchemies and combinations, by the interweaving and juxtaposing of ideas and solutions.

Footwear that becomes the interpreter of seasons, of changing fashions and tastes, of new street trends and moods, and which epitomises the diverse takes on elegance and femininity, seduction and glamour. A variegated landscape of possibilities, an aesthetic itinerary that travels from the flimsiest of Fifties sandals in olive green calfskin set on kitten heels to the chunky lace-ups and slip-on platform shoes covered in embroidered fabric of the early Seventies. From the silver leather pumps mounted on low flared heels and embellished with round, hammered metal buckles of 1968 to the versatility of the three-in-one “zip-down” - from thigh-high to below-the-knee to short - boots of 1976. From the multihued polka dot velour tulle pumps on high conical, golden leather heels of 1981 to the laminated basket-weave of the python pump of 2007. And, in between, the colourful sparkle of the all-over sequin embroidered uppers and heels of the sleek pumps of the S/S 1992 collection, arriving at the F/W 2006-2007 collection and the suppleness of suede boots with transparent plastic inserts and plexiglas heels.

After the sandals that made the company famous, initially produced in record time for ladies summering on the Adriatic Riviera, Casadei experimented with the platform soles that set the scene of Swinging London. A trend that arrived hand-in-hand with the unisex fashion of bell-bottom jeans and pants to inspire a vast range of models to swell the collections created by Casadei on the cusp of the Sixties and Seventies. Casadei then transformed the platform soles into wedges, enhancing their remarkable aesthetic distinction and experimenting with new techniques to ensure their place as a recurrent, evolving and forward element in the Casadei collections. In the early Eighties, in tandem with the boot, the pump entered the label’s history to join its ranks of symbolic products. The pump, in fact, was very light and designed to adapt gracefully and sensitively to the female foot. Rising above the merely sexy to add comfort to the array of taller and more original heels: heels covered with diamante, with French garment fabrics, with unusual plastic effects, with embroideries. Embroideries that for more than 40 years have carried the signature of Oriana Morigi and that, in the Nineties, were made using real coral.
That same decade in which the sportswear trend was to leave its first footprint, thought out with high heels in a number of versions that echoed and reworked the shape of sneakers and football boots. Product exclusivity continues to distinguish the Casadei shoe, which always features sumptuous decorative elements, such as ribbons, leather flowers, dyed fur, strings of Swarovski crystals, jewel brooches, eyelets and cutwork, metal details, or fascinating structural elements. 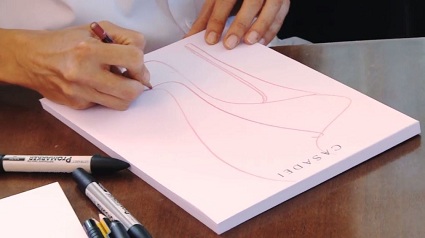 Tradition: 1958-1994
Casadei was founded in 1958,in a small workshop in San Mauro Pascoli, where Quinto and Flora Casadei created the first collection of sandals designed for tourists holidaying on the Italian Riviera.
It was the time of the economic boom and the “Made-in-Italy” miracle. In just ten years, the workshop was transformed into a small, highly specialized footwear business which exported its products to Germany and the USA.
During the Seventies, its growth continued with the first advertising campaigns, exports to Japan and the opening, in 1977, of its first single-brand store in Brussels. The Eighties, instead, saw consolidation of the brand on international markets including, first and foremost, the Middle East.

1994 was the most difficult yet important year: it represented a passage of rite between one generation and the next when Cesare Casadei, Quinto and Flora’ son, joined the company as its creative director. Cesare’s strength was his all-round vision of the company, thanks to know-how acquired on-site which he experienced first-hand from production to marketing right up to creativity. Cesare was the link between two worlds: on the one the hand, the pioneers of “Made-in-Italy” craftsmanship and, on the other, the managers and designers whose task it was to promote the image of the brand on an international level.

In the year two thousand, Casadei decided to consolidate his roots of high-class artisan tradition: skins, colours and styles were created on an exclusive basis using dedicated suppliers. The footwear industrialization process subsequently became a jewel of craftsmanship, a heritage that it was impossible to imitate. At the same time, he continued with the modernization of distribution and communication. In 2002, the Milanese showroom relocated to Via dell'Annunciata, where, following a recent restyling operation, it is still headquartered today. Sales continued to increase, followed by the opening of a series of single-brand boutiques.
During these years, international celebrities were photographed wearing Casadei creations on their feet, thus consolidating the brand in the eyes of the fashion system. At the same time, the best-known talents of photography, including names of the calibre of Nick Knight, Mario Testino, Javier Vallhonrat and Raymond Meier, were chosen to shoot the company’s advertising campaigns. In 2008, Ellen von Unwerth, was commissioned to commemorate the brand’s 50-year-old history with a book and an exhibition that trace all the moments that made this miracle of style possible.

Developments and the future

With 21 flagship stores, Casadei prepares corners in La Rinascente Milan and Rome and boutiques in Shanghai and Moscow.In 2015 the brand unveiled in Rome and then Milan its new store concept created by Cesare Casadei and Architect Marco Costanzi followed by the 120 square meters boutique in the exclusive Albemarle Street, Mayfair London.